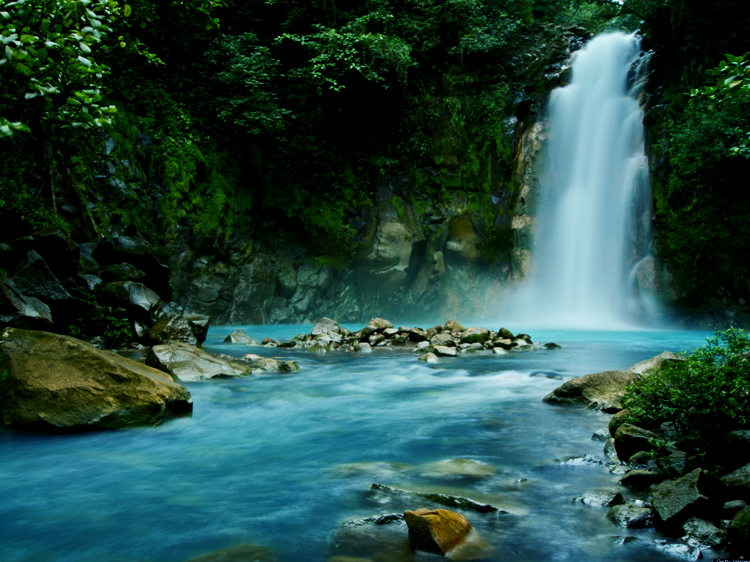 Can a simple move really make you into a healthier person?

In our last few months of traveling about Costa Rica, we noticed that a large number of expats fit into one big category — retirees. In conversations with couples from all over the States, we’re hearing the same praises:

These aren’t just a few lucky stories; for the “Golden Generation,” who have migrated from the Americas’ northern countries, this is the norm. Many have been even told by their doctors that they have added an extra 10 years onto their life!

You don’t have to wonder too long before it is simple to see why moving to a warmer climate and a cooler culture like that of Costa Rica can make such an impact on one’s health.

1. You get more sunlight.

I personally was not taking a daily dose of Vitamin D before moving to Central America. We left frigid, dark Maryland in the thick of winter. As you can imagine, my mood significantly improved upon arrival. Access to warmer weather also loosens up the joints. I’ve heard many retirees beam that their arthritis doesn’t bother them at all down here.

As long as you don’t leave yourself too long in the steady sunlight present in a country closer to the equator, you can enjoy the benefits of sunlight with less risk accompanied by pro-longed exposure.

2. You have less stress.

I was surprised at how much I slowed down after a week of leaving the United States. Even as a stay-at-home mom, I had this system of being busy all the time. Laundry, dishes, diapers, meals all seemed to stress me out. It was always, “I need to get this done; I need to get that done.” I never felt relaxed, even when rocking my infant to sleep. I would be thinking, “Please fall asleep, so I can get the ____ done.”

It is interesting that I noticed this behavior and began to naturally change shortly after being in Costa Rica. People are friendly; they laugh when my toddler acts out in public. They even do more than send an understanding smile my way — they help me! I was shocked when a man I didn’t know came up to us in a grocery store aisle and actually picked my screaming, flailing son up! That is the culture here, though. On every bus ride and in every long line, there are always extra arms extended to hold one of my offspring.

Everything goes at a slower pace here as well. One friend laughed as he stated, “People live one hundred years ago here.” It really is like that, though. Even though the country does have malls and movie theaters, the average citizen takes their time in every job. Don’t expect a workman to show up within the week they’re hired, or friends to come over when invited (and confirmed). If they feel like it, they’ll be there; if not, “Pura Vida, man.”

There is a out-door market, called the feria, held weekly in every town. In some places, it is an entire weekend event.

One of our top reasons to moving from Atenas to Grecia was the upgrade in market size. Now, we go to pick up our fresh produce on Saturdays, and the vendors are actual farmers. It’s great to support your local farms where ever you are, but it is probably easier to do that in a country like Costa Rica.
If you can’t catch the local feria, no worries, there are fruit and vegetable stands along the neighborhood roads every day. Also, the produce is much cheaper here than in the States, and it’s not shipped. It goes from the tree, to the farmer’s truck bed, right to your belly.

With the convenient transportation system set up in Costa Rica, there really is no need to own a car. Buses come by almost every hour, weaving up and down the neighborhoods that web out from the city center. Buses are very affordable too. It is around 420 colones (less than $1) to get to your city center, and I’ve heard you can bus to anywhere in the country for around $15.

By living without a car, you walk more in turn. Walking to catch the bus, walking around town, walking to visit a friend… I think this is the biggest reason people say the weight is just “melting” off of them. At the end of the day, they might feel a little sore in the leg muscles, but that’s a good thing — no need to visit the gym!

5. There is less pollution.

Living in a less industrialized country means that you are exposed to a much lower amount of toxins vagrant in larger cities. It goes hand-in-hand that the less people there are, the healthier the ecosystem. Costa Rica enjoys a lush and diverse environment, only burdened by human hands in the bigger cities.

Believe it or not, the water is safer here than in the States, too. They don’t put in any additives in the pipes here, it is mostly all mountain spring-fed. I can taste the difference in a cool glass of water here. It tastes purely fresh and hydrating. When I visit the States, I can’t help but notice the metalish taste from even a filtered water source. I don’t know about you, but I’d rather drink pure water!

If I were a retired person, with no need to remain in the States, I’d get myself off to a warmer climate and all-around better life pronto! I’ve popped in on a few “gringo” cafes and restaurants, and it’s like an expat, retired club in there! They don’t miss the US, and they don’t mind being away from grand kids — because everyone now wants to visit them here in paradise!

They’ve set up a new life with a like-minded group of friends, and aren’t going anywhere. I personally enjoyed delving into society and mingling with the locals, but it is possible for you to create your own piece of America’s northern countries in Central America, and live like you did back home, while in a much prettier, more healthy surrounding!