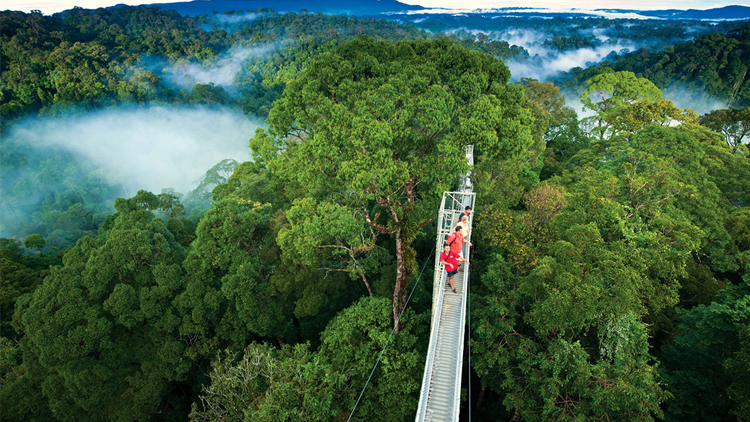 There are a lot of reasons why you may be considering a visit to Costa Rica. The amazing rain forests and biodiversity, their long-standing commitment to environmental sustainability, the really warm and gentle people, and the extraordinary range of great things to see and do here are certainly reasons enough. But there are 7 specific reasons that might help you decide that now is the time.

With only .03% of the world’s landmass, Costa Rica houses 5% of the planet’s biodiversity. To safeguard this treasure-trove of animals and plants, Costa Rica has placed over 25% of the country into protected areas and national parks. You will find over 500,000 unique species of wildlife and plant life here.

One of the Top Ecotourism Destinations in the World

Ecotourism started appearing as a viable tourism niche in the 1980’s. Since then the industry has blossomed all around the world. But Costa Rica has long been considered the leader in this field. It is now considered the fastest growing industry in the country, and has really helped to create a growing economy that is also environmentally sustainable. In fact, the over 2.66 million tourists who visited in 2015 agree.

Recently Costa Rica made a commitment to become carbon neutral by 2021. And so far they are achieving great results towards that goal. In fact, in 2015 the country ran their entire energy system off of their renewable resources for 300 days, and 150 days in 2016. Costa Rica is rich in natural resources with a number of hydro-electric dams, and growing solar and wind power industries as well.

The average life expectancy for Costa Rica is actually higher than found in the US. In fact, they list higher on the World Health Organization’s ranking for life expectancy than the US. The Happy Planet Index released their 2016 report, and Costa Rica ranked as #1 – for the third time.

One of the highlights of visiting Costa Rica is a chance to see some of the amazing biodiversity found here. There are a wide range of animal sanctuaries that help support and protect these animals. Whether they were injured and need to be rehabilitated before returning to the wild, or whether their natural habitats have been destroyed, or whether the animal needs a ‘fur-ever’ home due to injury. Some of these sanctuaries offer educational tours, while some also offer an opportunity to get your hands dirty and become a volunteer.

That Delicious Cup of Coffee

Costa Rica has become famous for producing one of the best cups of coffee in the world. In the late 1800’s, Arabica beans were imported from Ethiopia, and now only Arabica beans are permitted on coffee plantations in the country. The range of coffee blends is stupefying. Even including ‘bird-friendly’ brands where the plantation has reforested their land to encourage the return and migration of many bird species.

Costa RicaCosta Rica is located between two tropical waters – the Pacific Ocean on the west, and the Caribbean Sea on the east coast. With this range of tropical waters, you can only imagine the extraordinary number of beaches there are to be explored here. The beaches range from white-sand to black-sand beaches (due to the volcanic activity in the country), to long, empty expanses, to rocky hide-aways. In fact, you could spend your entire holiday going from one beach to another, and possibly not see them all.

Now that you have a sample of how much Costa Rica has to offer, it’s time to check it out for yourself.